Budapest is a European city very involved in the celebration of continental sports events.

Antenna Hungária is a member of EBU (European Broadcast Union) and one of the largest audiovisual service companies in Hungary. It has extensive facilities and highly qualified personnel to provide production services in Hungary for customers in radio, television and telecommunications. Antenna Hungária has a large fleet of OB vans units on the Hungarian market, and during these days it is the designated Host Broadcaster for the European Men's and Women's Waterpolo Championships. This competition is being held in Budapest's Duna Arena from 14th to 26th of January with the participation of 16 countries, to be precise: Germany, Croatia, Slovenia, Spain, France, Georgia, Greece, Hungary, Italy, Malta, Montenegro, Netherlands, Romania, Russia, Serbia and Turkey.

To be able to offer the highest broadcast quality audio for the unilateral commentary signals from the event, Antenna Hungária has chosen AEQ's PHOENIX ALIO portable IP audiocodecs. Five units are servicing as many fully equipped commentary positions for the Rights-Holding Broadcasters (RHB’s) at this edition of the championship. The Commentary Services includes technical support to the RHB’s, provided by by Antenna Hungária in its role as Host Broadcaster. It usually involves operational and communication issues. Antenna Hungária is in turn also supported by AEQ and whenever required.

Several top-level broadcasters from Serbia, Croatia, Malta and Greece have taken up this modality. The links are mostly done by RTP protocol, and some broadcasters register the codecs on their own SIP server as an additional means of ensuring the link. 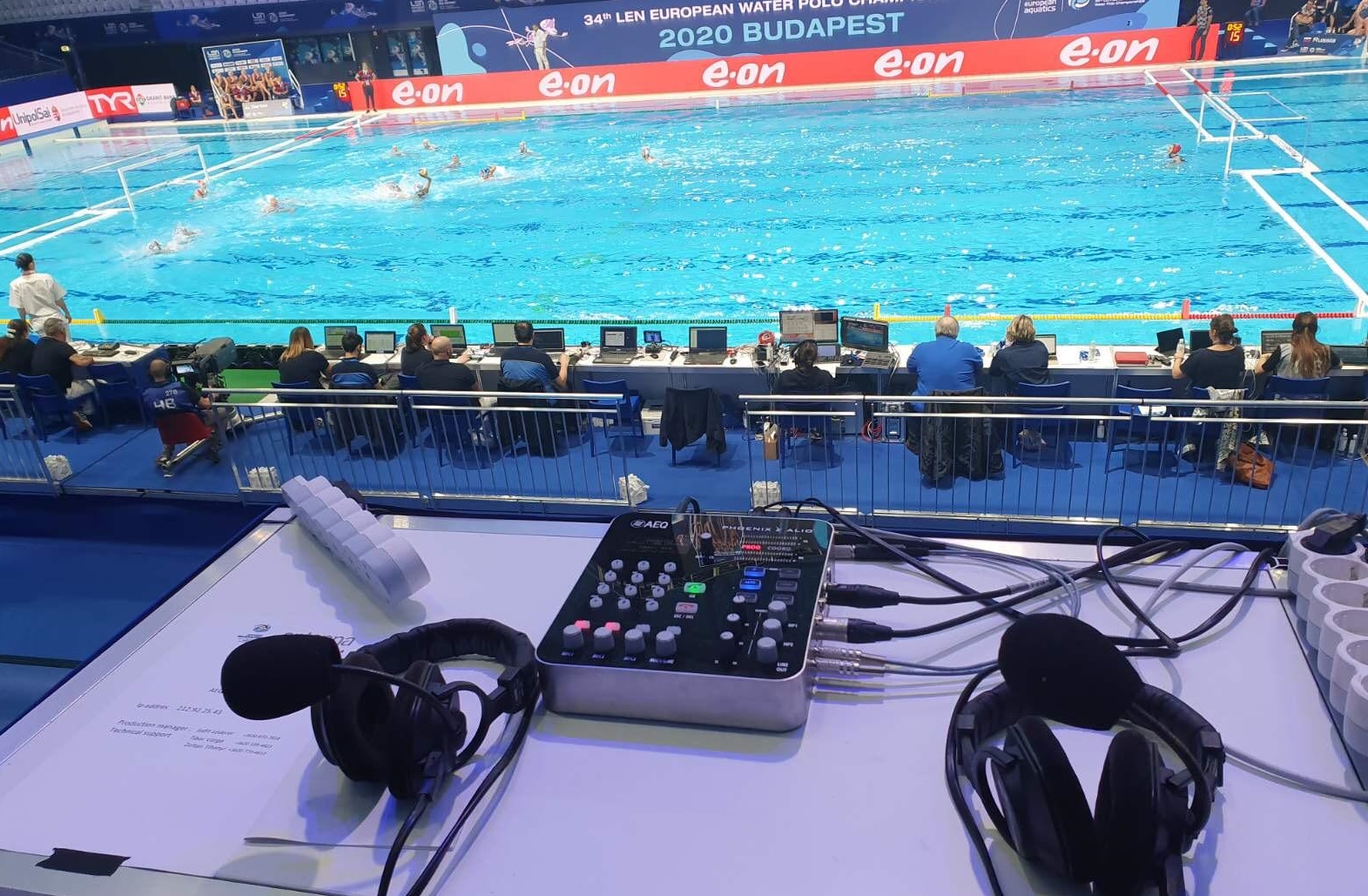 Antenna Hungária points out that AEQ Phoenix ALIO, has been optimized for a simple and flexible use and operation, being able to cover even other types of events such as concerts due to its capability to transmit stereo signals. They also use it to broadcast political and social events.

ALIO can be controlled remotely from an application, which allows it to be handled by inexperienced users. It is sometimes given to journalists to intervene in programs from their home via their domestic Internet connection.  They are controlled from the station, and have a curious button called “HELP” to ask for remote technical support.

But ALIO is ideal for this type of sports broadcasting: On the one hand because it can work with two independent full-duplex circuits, one for program and one for coordination. Also because it has equalization of the microphones, you can mix the international stereo sound with the microphones, and its design, compact optimized for use outdoors with users outside the owner of the equipment, where the treatment can not always be careful enough.

For this type of transmissions with customers in various countries, it can connect to other codecs from most manufacturers thanks to the SIP communications protocol, according to N/ACIP Tech 3326 EBU standard. This avoids having to send stationary equipment to all the broadcasters of the event. But when connecting ALIO to another AEQ codec, users can take advantage of an exclusive set of tools that makes the establishment of communication and the control of the unit a simple task, including SIP and IP (RTP) connectivity, with a simplified connection tool called SMART RTP.

AEQ on the World Wide Web